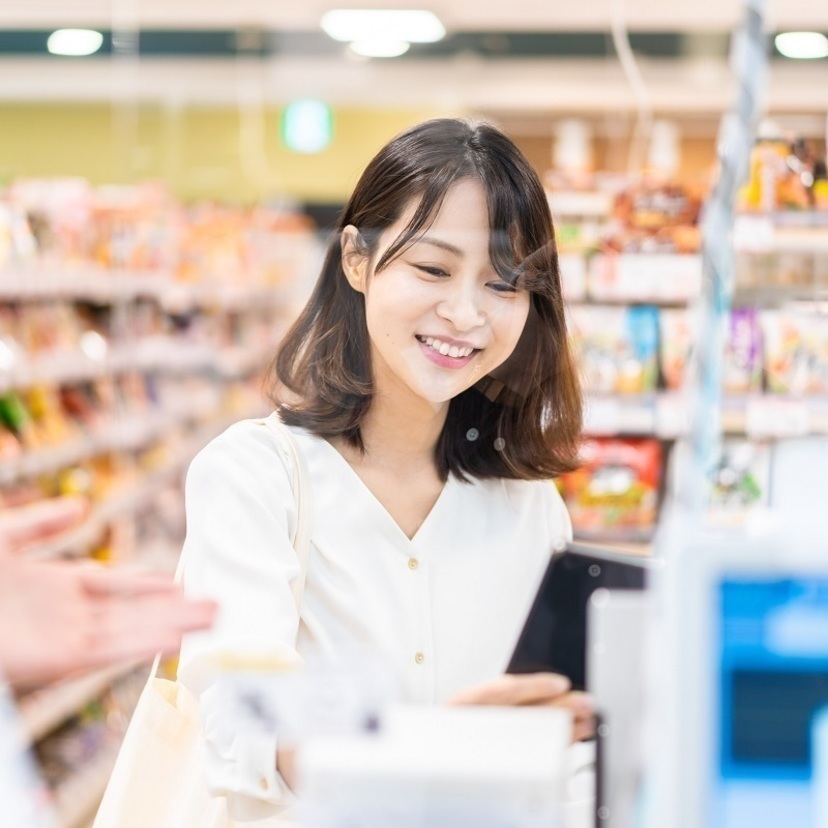 The personas of convenience store users from app data

There are approximately 56,000 convenience stores nationwide in Japan. In this report, we will analyze the personas of app users of the three major convenience stores (7-Eleven, Lawson, and FamilyMart) using the newly added app analysis function of "Dockpit."

Features of the official 7-Eleven, Lawson, and FamilyMart apps

Each of the three major convenience stores, 7-Eleven, Lawson, and FamilyMart, have released their own official apps. Here is a brief introduction of their features.

The “7-Eleven App” features a badge system that offers more benefits the more you use it. When you buy eligible products, your rank gradually rises to bronze, silver, gold, or platinum, and you can receive various benefits according to the rank you have earned.

As can be seen from campaigns such as "Buy 10 cups of Seven Cafe and get 1 free coupon" and "Buy 10 rice balls and get 1 free gift," the “7-Eleven” is characterized by the benefits of repeat use. In addition, app members also have the advantage of unlimited use of the free Wi-Fi service "Seven Spot”.

The Lawson app can be linked to "Ponta points" and "d-points".

Since “Famipay” is a payment service developed independently by FamilyMart, it has a system that offers discounts when used at FamilyMart, but compared to other companies, it seems to be modest in terms of coupons and campaigns to attract users.

Another advantage is that by presenting the barcode once at the checkout, payment, coupons, and various point credits can be completed at once.

Let’s now take a closer look at the app users of the three major convenience store companies using the app analysis feature of “Dockpit”, which was released in May 2022.

■The number of app users is strong for all three companies

All of the apps are running approximately once every three days in a month, indicating that they are using the combination apps on a daily basis.

Looking at the number of users over the last two years, all three companies saw a slight drop in April 2022, but the overall trend shows an increase.

A comparison of the number of installed users over the last two years also shows the strong performance of the “7-Eleven App” since March 2021.

Next, we compare the user attributes of the “7-Eleven app”, “Lawson app”, and “Famipay” app.
The male/female ratio is almost equal. The majority of users are in their 40s for all three apps.

Comparing the gender of users, the "7-Eleven app" and "Lawson app" had an almost equal ratio of male and female users. In the “Famipay” app, 56.7% of users were male.

While the actual number of convenience stores is likely to have a large impact on the prefecture where users live, regional characteristics are also well represented in the number of app users.

We see that the majority of users in the Kanto region use the “7-Eleven app”, while users in parts of Kansai, Tohoku, and Hokkaido use the “Lawson app”.

■Analysis of the personas

To learn more about user personas, let's find out what other apps they are interested in.

In addition to each app, we analyze user characteristics from the apps that are used frequently.
Since no significant differences were found in the rate of combined use, a comparison was made in terms of feature values (*).
As a result, the following characteristics were found.

“7-Eleven app”
-Frequent users of apps regarding food
-Use tools and work efficiency apps such as Wi-Fi finder.

"Lawson app"
-No special features, but it has antennas in a wide range of genres.

Period: February 2022 (Select the period with the largest number of users)
Among other apps used by users of the target apps, apps with large feature values (*) are displayed in order.

The apps with a high percentage of the target users among the users of the apps in question are scored and ranked.

The key to future growth

So far, we have looked at the functions of the official apps of the three companies, the number of users, and user attributes, but it is difficult to see the differentiation of corporate strategies within the same business category of convenience stores as a whole.

Under such circumstances, each company is planning its next move with the following strategies.

Strengthening the handling of everyday items such as Ito-Yokado's "Vegetables with a Face" and starting to handle Daiso products.
source: https://diamond-rm.net/sales-promotion/166355/2/

Started selling MUJI products at its stores nationwide. Plans to introduce the product in approximately 5,000 stores in the Kanto Koshinetsu area in about six months and expand nationwide by the end of 2023.
source: https://webtan.impress.co.jp/n/2022/05/02/42723

There are also examples of stores attracting attention with unique initiatives or grabbing fixed customers with their community-based approach.

This time, we analyzed the personas of app users of the three major convenience store companies (7-Eleven, Lawson, and FamilyMart) using the app analysis function newly added to "Dockpit," and analyzed the features and differences in targeting.

The features of the official apps of each company are as follows.

“7-Eleven app”
-The more you use it, the more you save.
-Linked to nanaco points

“Famipay”
Present the bar code to settle the transaction. Coupon discounts and various points can be completed at once.

The user demographics were almost equally split between men and women, and there was little difference in age among the three apps, with the largest number of users in their 40s, followed by users in their 50s and 30s. Compared to users of all the apps, users of the combination apps were older.

Furthermore, when we looked at the apps used in conjunction with each of the apps, we found the following

It remains to be seen how app users will react to the convenience store companies' next strategies.

The data in this investigation is from “Dockpit”, an analysis tool with online behavior log data and user demographic information under the permission of panelists in Japan presented by VALUES, Inc.

※The numbers of users are estimated by the data in the monitor and the internet population in Japan.

The "SIM lock ban" has been mandated since October 1, 2021. Now, all smartphones must be "SIM-free." We investigate and analyze OPPO, which entered the Japan market in January 2018, along with Huawei and ASUS, two top-ranking overseas manufacturers that offer affordable products.

The "SIM lock ban" has been mandated since October 1, 2021. Now, all smartphones must be "SIM-free." We investigate and analyze OPPO, which entered the Japan market in January 2018, along with Huawei and ASUS, two top-ranking overseas manufacturers that offer affordable products. 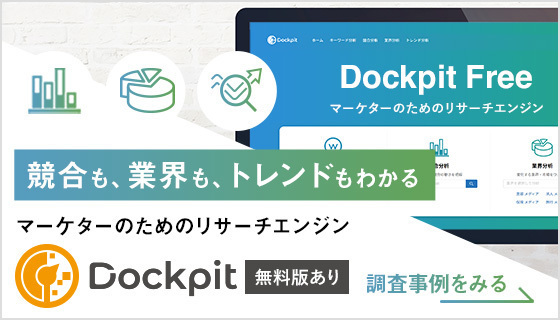 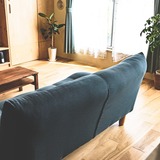 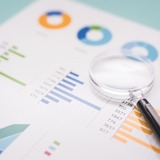 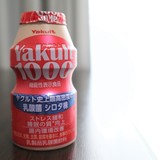 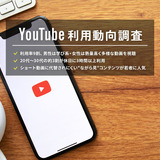 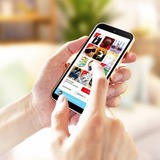 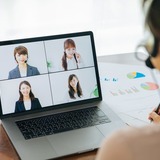 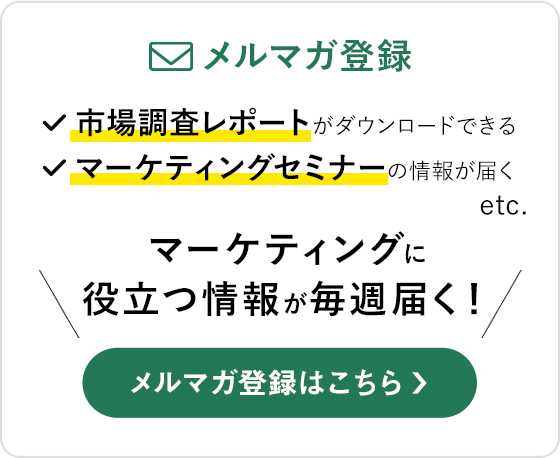 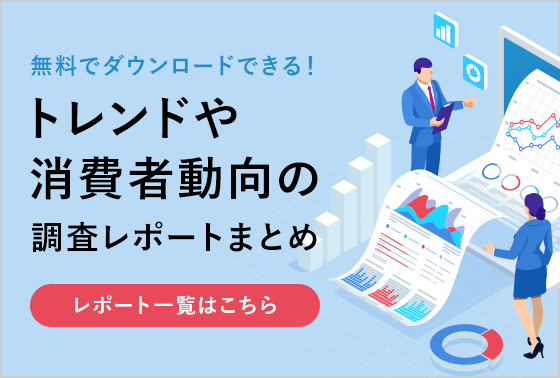 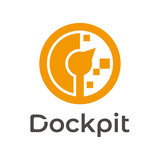 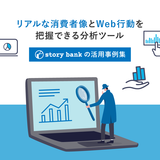 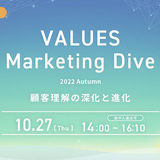 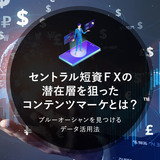 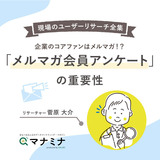 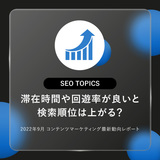